ABEE is leading the part which deals with Multiscale-Multiphysics modelling of Li-Battery starting from ionic transport modelling until battery module design. CIDETEC, RWTH and IKERLAN support and lead various tasks to develop comprehensive models for SAFELiMOVE cells in a smart way according to the guidelines of the European Materials Modelling Council (EMMC).

Modelling plays a crucial role because it is iterative, i.e the outcomes will determine the further optimisation of the different levels of materials produced or process adapted in other work packages. This development is performed based on physics-based continuum modelling and semi empirical modelling approach. At first stage of modelling, we focused on developing a general model to study the transport phenomena in electrode and electrolyte. Therefore, we developed a multiscale-Multiphysics model which acts as a framework containing all the physico-chemical phenomena relevant to a liquid electrolyte. At the second stage, we replaced the liquid electrolyte model with a solid electrolyte model to capture more realistically the behaviour of the cells produced within this project. To gain in-depth understanding of the hybrid solid electrolyte behaviour, different mechanisms have been investigated:

Stress effects by mechanical modelling of volume changes and interface interactions
Volume changes in a solid electrolyte cell are of major importance because the stress is transported across the cell. The internal stress generation takes place at the microstructure, with the change in volume of the anode and the cathode, therefore homogenization techniques have been used to couple mechanical interactions across scales.

Dendrite growth by phase field modelling
An exploratory study has been carried out to provide insight of the lithium dendrite growth at the anode interface using phase field models. Insights from this study are to be taken into the continuum models to enhance the representation of this mechanism in cell performance models. 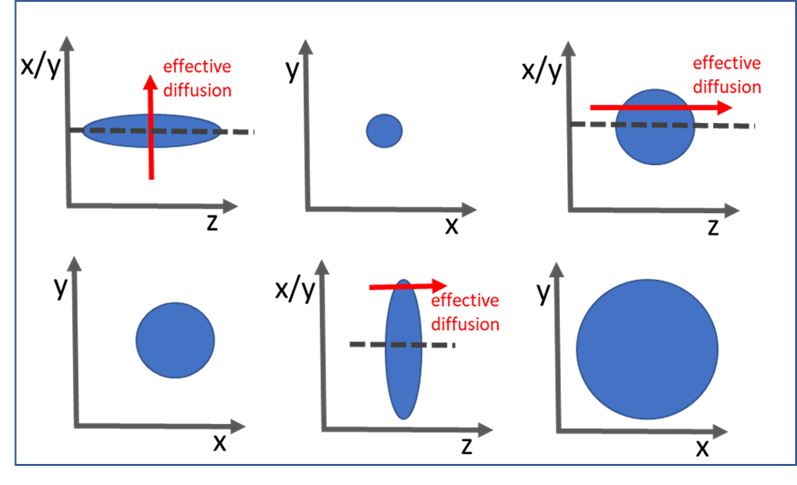 Finally, upscaling of coin cell performances of the solid-state cell to a large battery cell is also carried out. These developments will provide battery manufacturers an insight into how cells must be produced to achieve certain KPI’s. Here, the P2D model validated at coin cell level will be scaled up to 1Ah cell level first and eventually to 10 Ah cell. For this purpose, upscaling strategy has been identified extending the P2D model with the 2D along the current collectors (P2D+2D). To consider inhomogeneities at these upscaled cells, several studies will be carried out to accurately predict cell overhang or inhomogeneous current and temperature distribution effects among others.

The presented multiscale multiphysics approach represent a powerful tool that will provide valuable knowledge for future cell and pack designs that employ different chemistries and configurations. 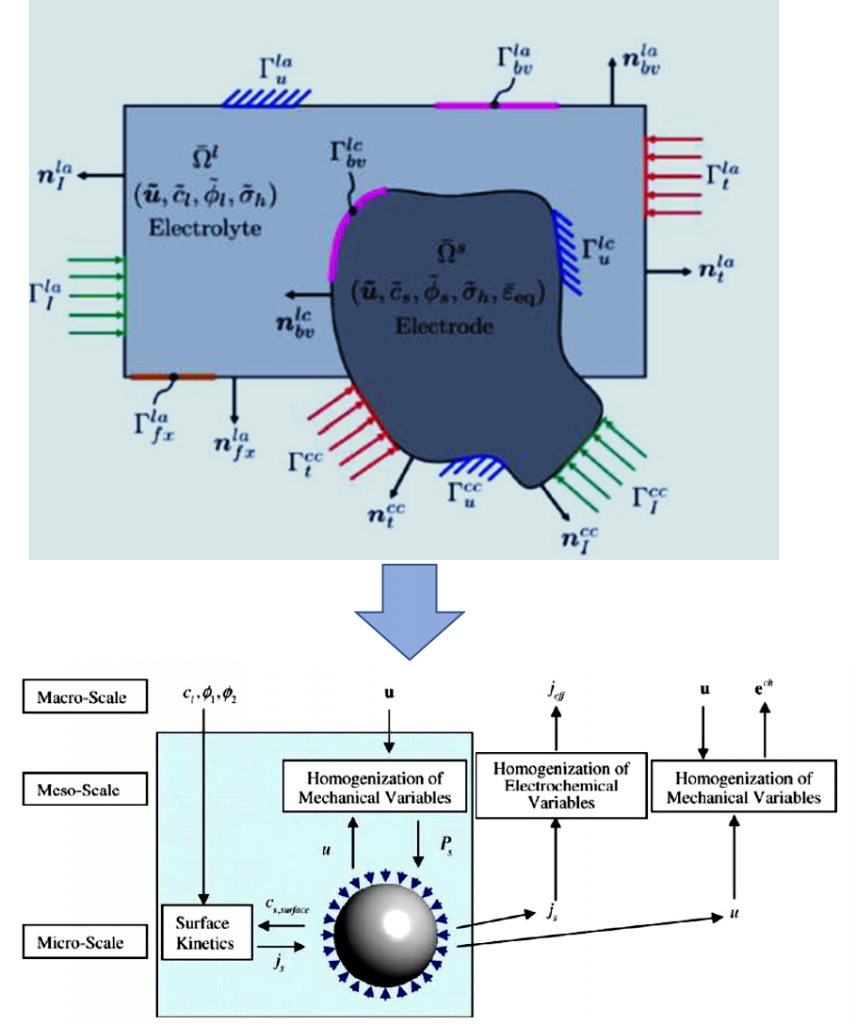